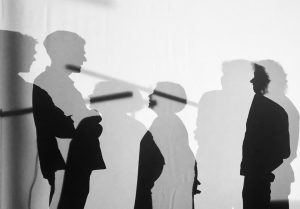 Bastien has been called a “mad musical scientist with a celebrity following” by The Guardian (UK) having collaborated with the likes of filmmaker Pierrick Sorin, fashion designer Issey Miyake, singer and composer Robert Wyatt as well as Aphex Twin, who released three of his albums on his label Rephlex.

Tomaga have made more than a dozen records since forming in 2014, pursuing a path of fearless experimentation and sonic brinksmanship that has won them fans and plaudits from far and wide, including Thurston Moore, with whom they collaborated on the CAN Project with Malcolm Mooney, Deb Goodge and others in 2017, as well as Wire, Silver Apples and Stereolab, with whom they toured extensively in summer 2019.

The artistic collaboration between Pierre and Tomaga began with two commissions: from Fructose Festival in Dunkirk and the revered underground festival Supersonic in Birmingham UK. Recording initially at a studio in the industrial port of Dunkirk, the uneasy bond between borders and states seems to have been a theoretical motor to the collaborative sessions, as well as the bleak landscape of the sea port frontier. This inspiration found further manifestation in the cover image for ‘Bandiera Di Carta’. Resembling a white paper flag, it is in fact a photograph of Bastien’s paper and air sound machine installed on stage at Teatro Carignano in Turin as part of the trio’s performance there. This charged, ambivalent image of a blank flag evokes the transcendence of the national, a prescient visual motif that meditates on the contemporary uncertainty around notions of national identity and borders but perhaps also a ‘carte blanche’ for the artists involved, in which they can deviate from the confines of their usual practice into new and strange territories.

For each piece Bastien’s unique sonic style: by turns his kinetic mecanoid motors, capriciously arrhythmic pipes, or the peculiar sussurus of paper, creates a world in which Tomaga introduce their musical pallete. Magaletti’s percussion anchors these sometimes chaotic forces into beguiling syncopations, with Relleen’s synthesizer and organ work creating harmonic counterpoints and interruptive provocations, to which Bastien responds with lyrical turns on prepared trumpet, rubber band, tin foil and bass ocarinaThe results are curiously evocative of free jazz by the likes of Sun Ra or Art Ensemble of Chicago paired with the percussive sound worlds of artists like Francis Bebey or Muslimgauze along with unique and sometimes bizarrely exotic tonal landscapes of composers like Catherine Christer Hennix, Carl Stone, or Egisto Macchi. All three musicians seem to find space to bloom in ways that are markedly different from their individual work and the resulting album is a strikingly original and powerfully bold affirmation of what can happen when venturing beyond the normal in pursuit of the other.