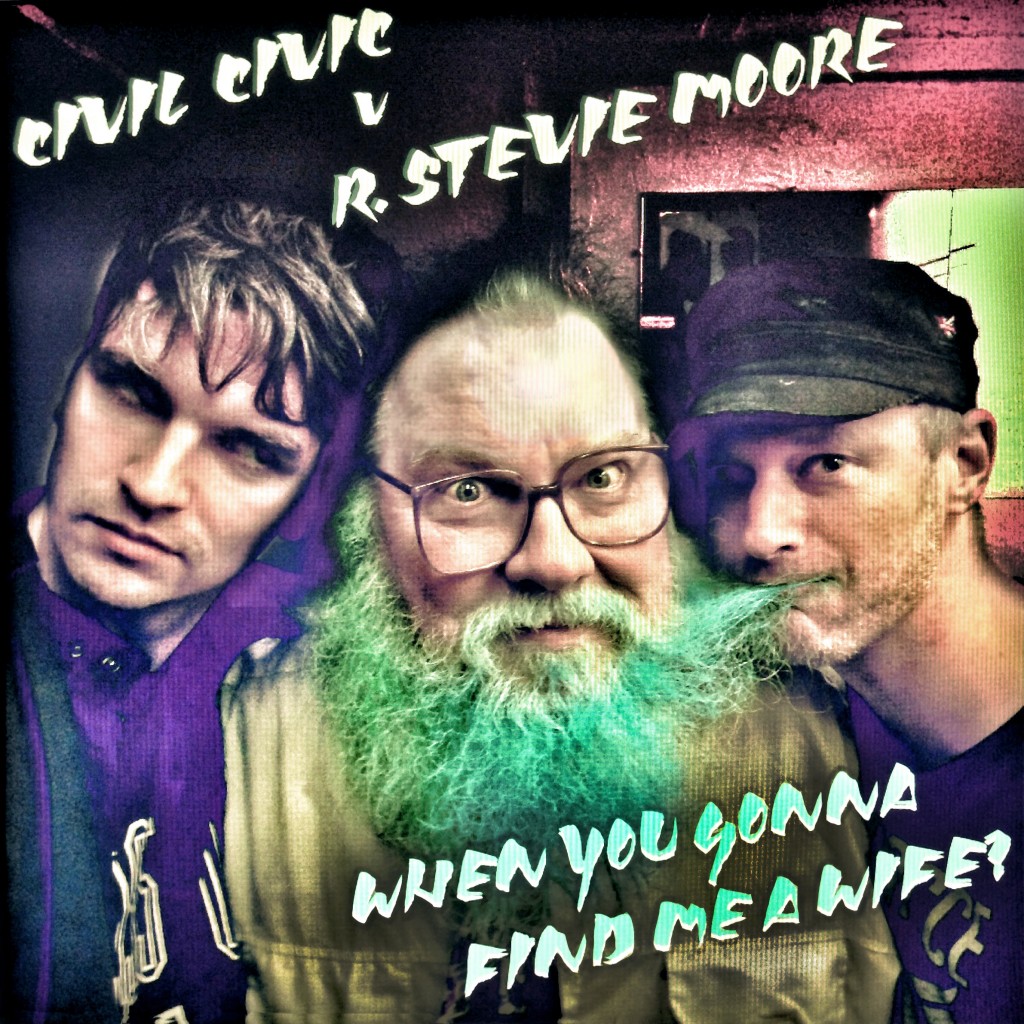 Can’t wait for Civil Civic next album ? Yes it’s been a while since they released their debut album Rules in 2011. You will need to be a little more patient though … But we have good news ! The budding romance between the legendary D.I.Y. forefather R. Stevie Moore and post-everything artkickers Civil Civic has finally gotten physical and produced a beautiful baby. It will be released digitally on Remote Control Records on September 26th.

With all the CC trademark melodic twists and hammering rhythms with the one and only R Stevie Moore on mic (demanding a glitzy wedding!) it’s a marriage that’s built for thrills, fast nights and possibly a very messy divorce plastered all over the tabloids.