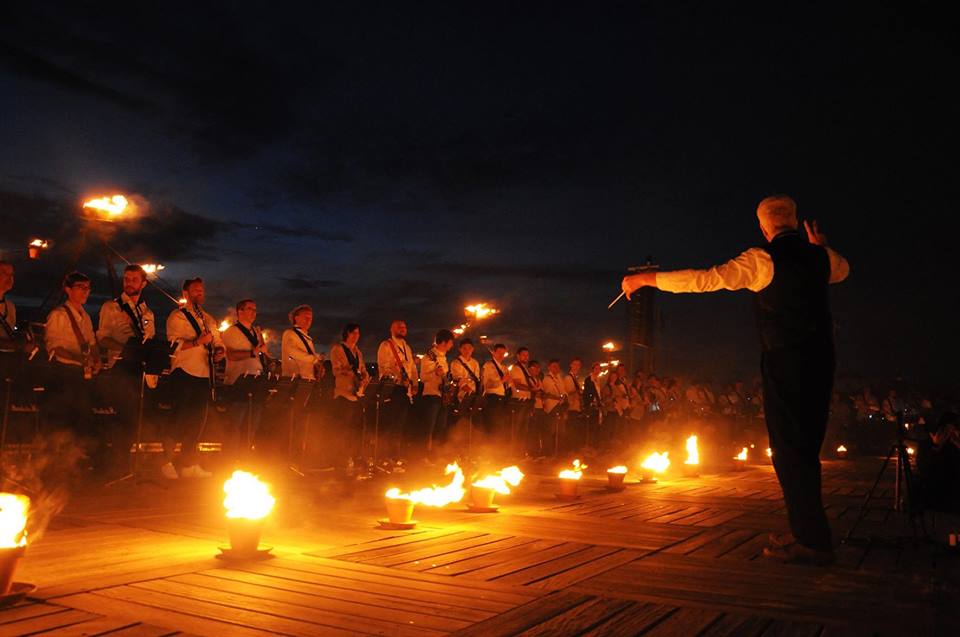 Rhys Chatham is a composer, guitarist, trumpet player and flutist from Manhattan, currently living in Paris, who altered the DNA of rock and created a new type of urban music by fusing the overtone-drenched minimalism of the early 60s with the relentless, elemental fury of the Ramones — the textural intricacies of the avant-garde colliding with the visceral punch of electric guitar-slinging punk rock.

Starting with Guitar Trio in the 1970s and culminating with A Crimson Grail for 200 electric guitars in 2009, Chatham has been working for over 30 years to make use of armies of electric guitars in special tunings to merge the extended-time music of the sixties and seventies with serious hard rock.

Parallel with his rock-influenced pieces, Chatham has been working with various brass configurations since 1982, and recently has developed a completely new approach to collaborations, improvised and compositional pieces involving trumpet through performances and recordings that started in 2009. Chatham’s trumpet work deploys extended playing techniques inherited from the glory days the early New York minimalist and 70s loft jazz period. Starting in 2014, Rhys has been touring a solo program featuring an electric guitar in a Pythagorean tuning, Bb trumpet, and bass, alto and C flutes.

Rhys was introduced to electronic music and composition by Morton Subotnick in the late 60s, and in the early seventies he studied composition with La Monte Young and played in Tony Conrad’s early group. These composers are, along with Terry Riley, the founders of American minimalism and were a profound influence on Chatham’s work.

What does a composer do after mounting many performances with forces of 100-200 electric guitars? The composer gets back to basics, at least that’s what Rhys does! Along with the G100 and G3 programs, Chatham is currently offering a solo program, an evening length work with the composer performing himself on electric guitar, trumpets and bass alto and C flutes.

Rhys Chatham is available for:

For more information please get in touch with pascal [a] julietippex.com