Zombie Zombie are back at Corsica Studios !

The Parisian duo continues as a UFO on its incredible odyssey through the independent scene. An odyssey in the form of meteoric rise. Since its beginnings Zombie Zombie claims his passion for krautrock and some form of cinematic music.
With their new famous project, reinterpretation of the themes from the films of John Carpenter, Zombie Zombie will play at Corsica Studios the October 31th, during the Halloween night…

Let’s be sure they will make enough noise to wake the dead ! 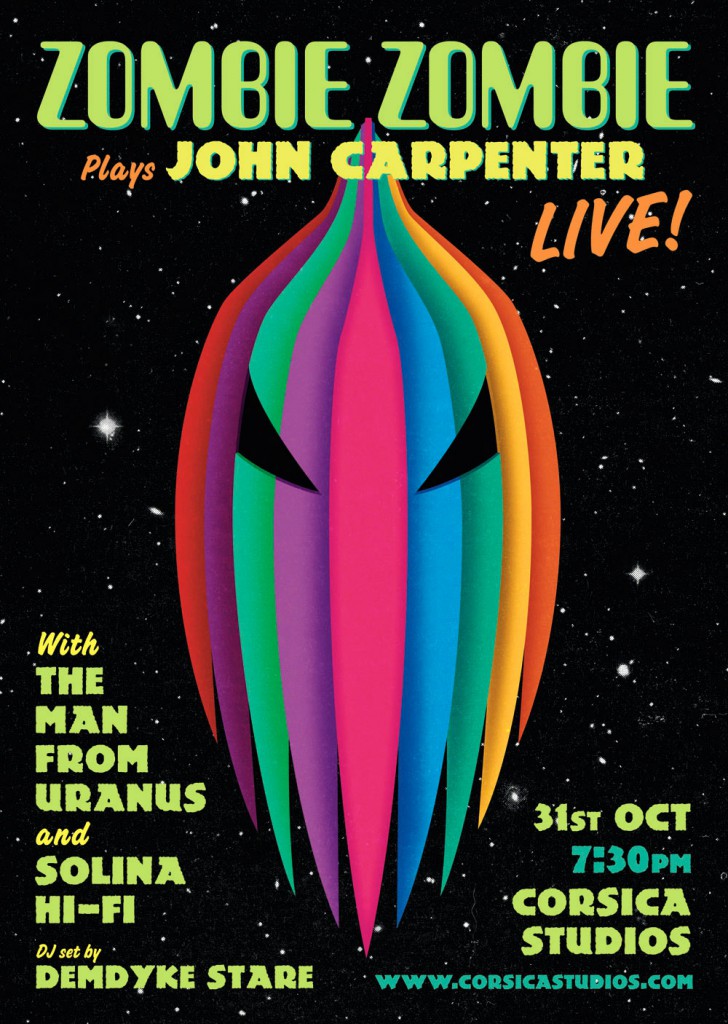