FROM OUR FRIENDS SKELEONS bis 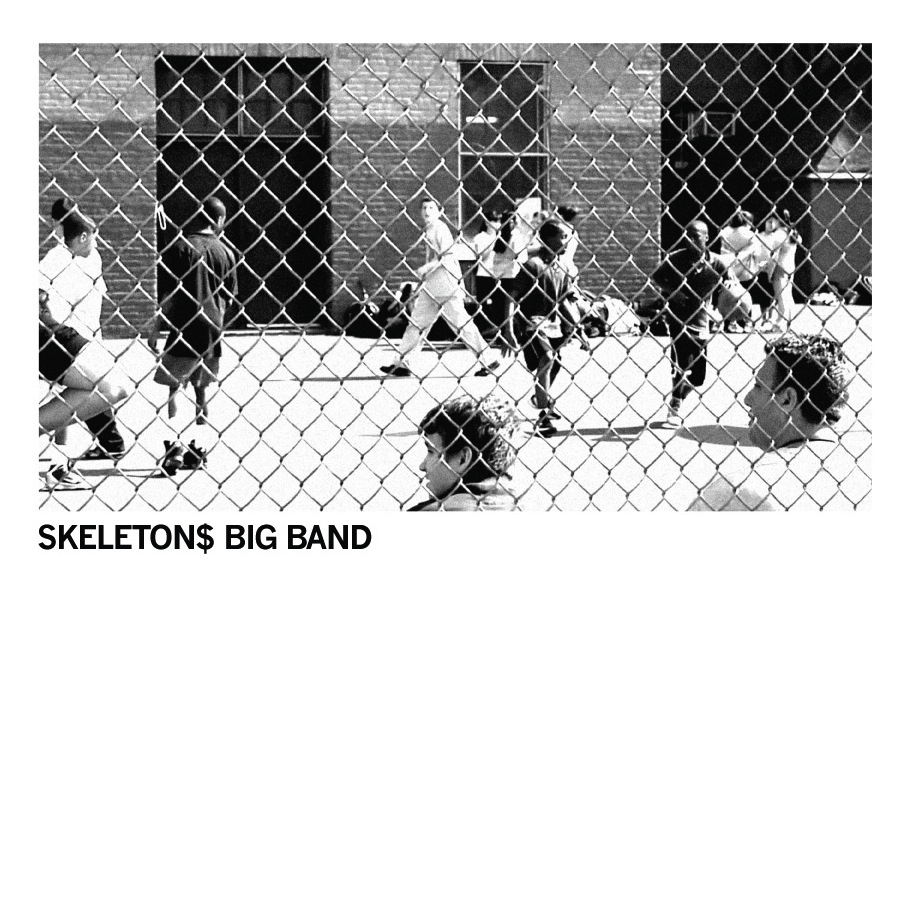 We’re pleased to announce the release of the Skeletons Big Band album “The Bus”.

A long-time in the works – it’s an album unlike any that Skeletons have released. Recorded live with upwards of 20 musicians – it’s a raw, fierce, melancholy experience.

Shinkoyo will be releasing the album in two very limited LP editions on September 18th, on white vinyl with silkscreened jackets. A special edition of 100 LPs will come with various “The Bus” ephemera: scores for the pieces, photos, poems, film stills.

“What formed, eventually called “The Bus” revolved around a long poem I wrote on a Greyhound bus from Columbus, OH to Chicago, IL. I had spent nearly three years riding on the Greyhound between Chicago and Elyria, OH while studying at Oberlin College in Ohio – and that trip from Columbus opened up some intense thoughts and memories. Sometimes, on the bus, there would be someone who would just talk loud. I suppose they were hoping someone would listen. Sometimes, I would write down what they said.

“The Bus”, much like our album “Lucas”, is a “ghost narrative”. It tells a story, without telling too much. It’s up to you to fill in the gaps.”

You can now stream the closing track “PENCILNECK”, and pre-order the LP (which allows you to download the album NOW) HERE!
Photos of the special editions and various video documentation is forthcoming!

Stay up and AS ALWAYS, keep it weird,