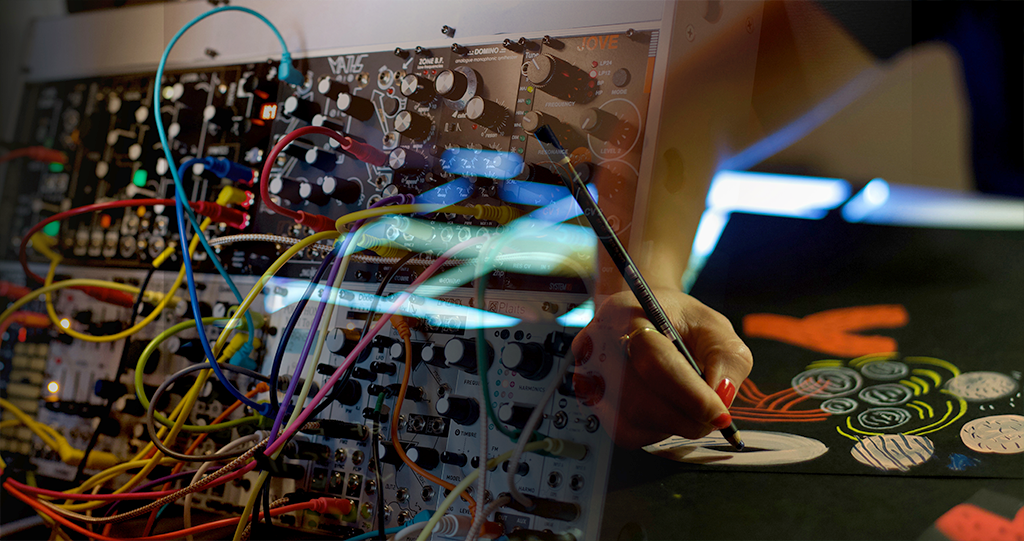 Julien Sénélas, Jérôme Vassereau and Soia present a new version of In C, Terry Riley’s seminal work : a musical interpretation with two modular synthesizers (11 oscillators) and a graphic interpretation of the original score (53 shapes).
Composed in 1964 by Terry Riley, In C is considered as the founding work of the minimalist movement. Like the 11 acoustic instruments that can be heard on the most famous version recorded in 1968, 11 oscillators from two modular synthesizers are used here.
The illustrator and visual artist Soia has created an alphabet of shapes and animations, which represents each of the 53 musical cells that make up In C.

A visual and electronic reinterpretation of this evolving composition, among the most accessible and generous of contemporary music.

Also available for Acousmonium (Muticast), The Acousmonium is an orchestra of loudspeakers.