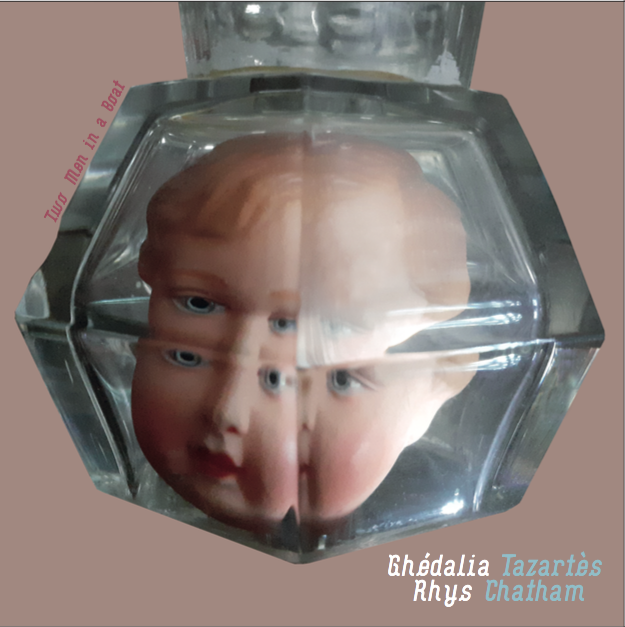 NEW ALBUM: “TWO MEN IN A BOAT” by Rhys Chatham and Ghédalia Tazartès, on Sub Rosa label.
“The beauty of all this, as well as its sorrowful brutality, is even more powerful and stupefying since Ghédalia’s sudden departure. Because retrospectively, not only is this recording the trace of a rare moment in a Parisian garden, it also summons a ghost, that of a loved one that is gone, and of his voice, which is fully alive here.” (from the LP liner notes by Joseph Ghosn.
Tazartes and Chatham had met once in 1977 at CBGC’s and had not seen each other since then when they were asked by their mutual agent to play a private show in Paris. This happened in September 2018 in a house with a garden where sax player Steve Lacy had lived back in the 1990s. This album presents the recording of this show plus another show at La semaine du bizarre festival in Montreuil, France a year later, mixed with a couple of studio sessions. This was probably the last music Tazartès, who died in February 2021, recorded. His unique singing blends perfectly with Chatham’s loops on electric guitar, trumpet and flute.
Get the album here.
SHARE Share on FacebookShare on Twitter
Recent Posts