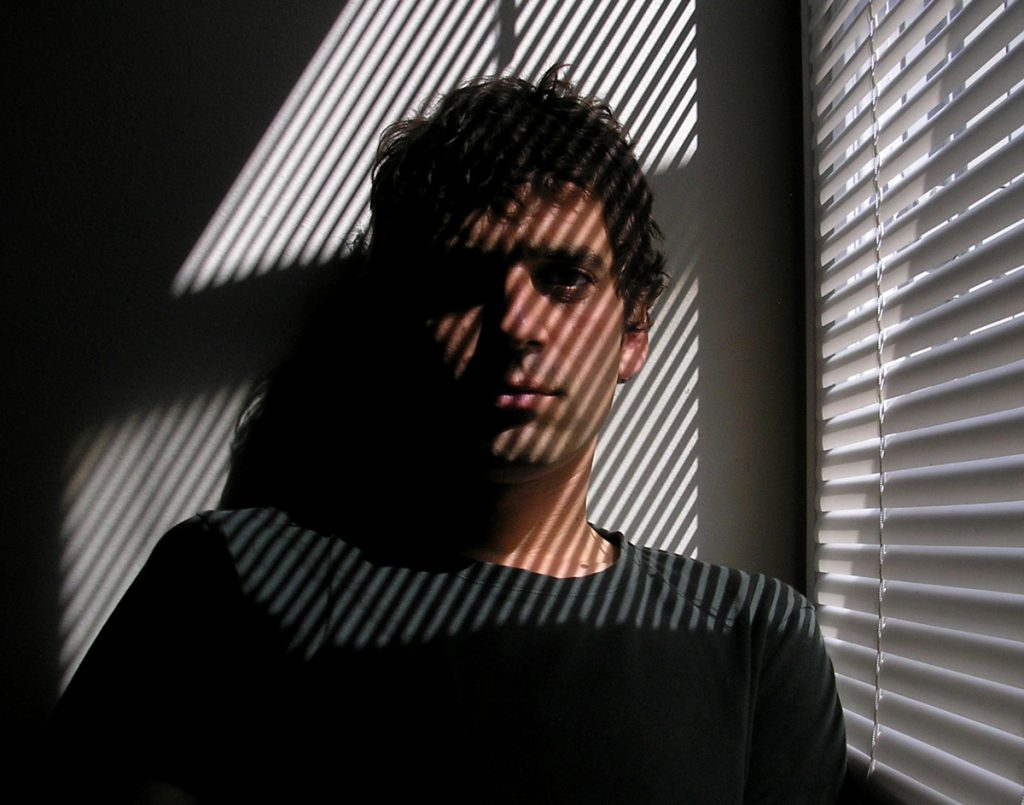 Best known as singer and guitarist for art-rock-tronica act Suuns, Shemie also boasts a background in modern classical composition and experimental performance. A fascination for electronic music, specifically the seminal releases of Warp Records spurred him to experiment, expand his sound and fuse it with the conventions of many genres.  Ever inquisitive, he seeks out novel conceptual projects and challenging delivery systems for his restless musical soul.

Shemie’s solo project has him taming feedback and sound swells, teasing the elements into figures and forms as he rides out their fury or their fragility. A powerful improv-heavy piece of angular, ambient drone, prepare to be enveloped.

July 2022: New album and video:
First solo album, “A Skeleton“, in February 2019 with Hands in the Dark label.
“This is my first solo album and its a mix of lo-fi experimental pop tunes mixed with ambient synthesizer feedback explorations; two pretty different worlds colliding,” Shemie tells Exclaim! “I try to act as a guide and let the machines speak for themselves. In this way I think it’s very much in the tradition of electronic music. Each performance being a new set of circumstances and the potential for great things to happen.

A Single Point of Light, Ben’s second album, came out out Spring 2020 with Hands in the Dark label. Watch a full DIY lockdown video:

And here is Ben filmed in Nantes during Festival Variations by La Blogothèque:

On 8 March 2020, La Cinémathèque Française, Paris comissioned a new cinemix to Ben Shemie to the film: Man with a camera by Dziga Vertov (USSR / 1929). This was the closing event of the Toute la Mémoire du Monde festival. Shemie invited special guest Cosmic Neman (Zombie Zombie) to join him on drums and percussions: