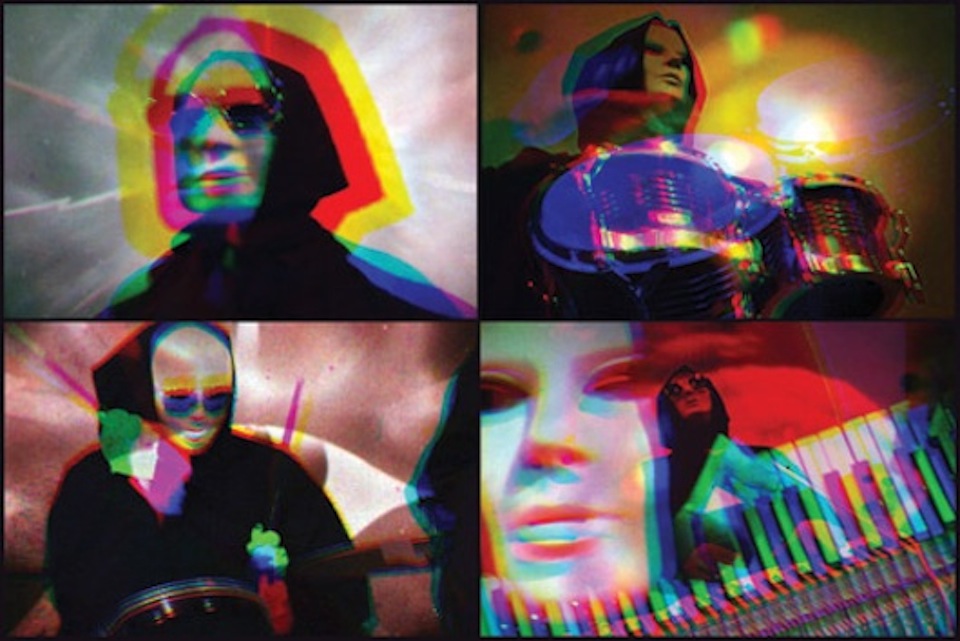 Lumerians is a San Francisco Bay Area based five-member band which has a psychedelic “mindbender” space rock sound. The group is notable for performances characterized by “transcendent live video projections” and having “utterly bizarre costumes,” according to one music critic. One critic also described the band as “Oakland’s prize pony in the Bay Area gloom-folk horse race”. The sound has been compared to Krautrock with overtones of 1960s music, but none of these words do anything to remotely describe the experience of a Lumerians live show. With releases on Knitting Factory Records, Hands In The Dark and Cardinal Fuzz, they now have a formidable recorded catalogue to boot.

Watch and Listen to ‘Transmissions From Telos Vol III’:

Watch the sinister video for ‘Life Without Skin’ at Vice