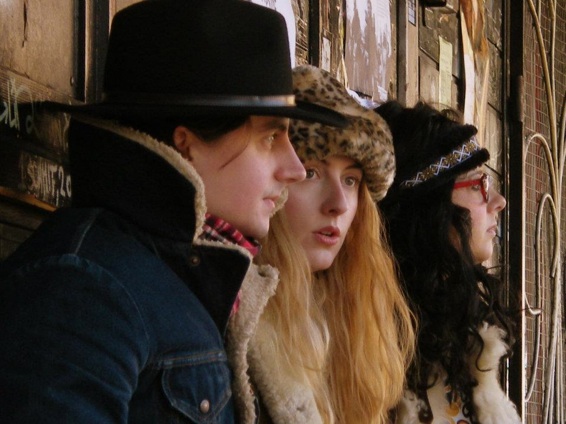 HAIGHT ASHBURY announces a 20-show France and Germany Tour in May and June, promoting their new album “Haight-Ashbury 2:The Ashburys”

Haight-Ashbury return with their numerically titled album Haight-Ashbury 2:The Ashburys released on the 27th February, from it comes the new single Sophomore.
The band described as the “new Psychedelic ABBA”, with tracks from their first album Here In The Golden Rays – from which Freeman Town and Favourite Song became radio hits across Europe, ending the year with a sell-out show at world famous Les Transmusicales Fesival in Rennes. The band will be taking to the road with a headline tour in support of the album.

The new album sees the band starting with on the dark sitar frenzy of Maasricht (a treaty) and ending with Scott on piano for Love, Haight & Ashbury, a song the Carpenters would have been proud of. The girls angelic choral/folk vocals set against their often dark music. One French journalist has already described it as the “shoegaze Rumours” as there are so many great songs.

Though they have many famous fans, the band were surprised when Scarlett Johansson turned up at one of their gigs, with Scott, ever the gentleman, greeting her with the traditional Glaswegian welcome of offering to buy her a shot!