Taken from a session recorded with La Blogotheque this video of  the title track ‘Electric Trim’ (available to stream now) – https://youtu.be/hnBiFPUyE34 – is a first taste of the new music on Lee Ranaldo’s upcoming album.

It sees Lee performing solo acoustic in a NYC hotel.The exotic chording nods towards his discordant past while fresh impetus has been provided via lyrical collaboration with American author Jonathan Lethem.

Lee hits the road to Europe – starting tomorrow in Switzerland, moving through France, Holland and Belgium, lighting in London on Sunday 13 November (see full dates below) – in full-band format with a clutch of brand new songs from the just completed new album, ‘Electric Trim’, produced by Lee and Spanish multi-instrumentalists Raul ‘Refree’ Fernandez and to be released early next year. The album was recorded in New York City and mixed there and in Barcelona and has contributions from The Dust (Steve Shelley, Alan Licht, Tim Luntzel), Nels Cline, Sharon Van Etten, Kid Millions and others. 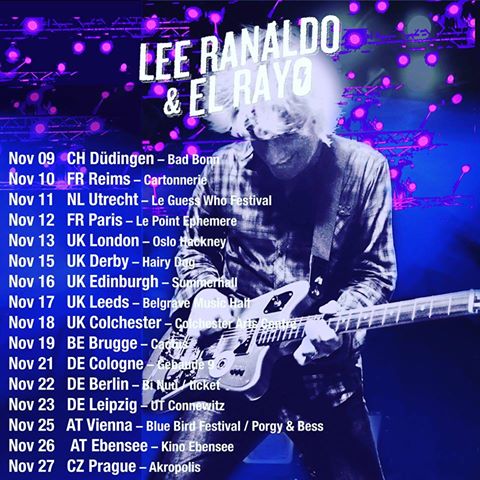