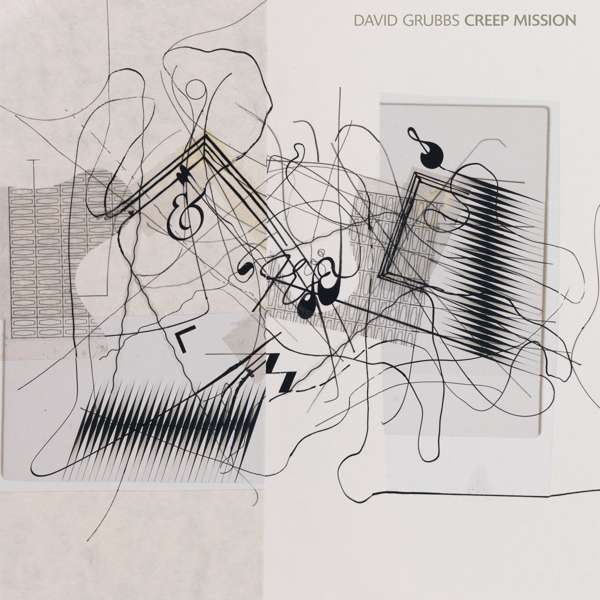 Blue Chopsticks has just announced that David Grubbs’s new album Creep Mission (LP/CD/DL) will be released on September 22. If “mission creep” refers to a long-haul fatigue cited with increasingly regularity in the present political moment, David Grubbs imagines “creep mission” to be a talismanic utterance in the effort to turn this ship around.

Creep Mission is an album of instrumental compositions with Grubbs’s effortlessly recombinant electric guitar at its core, and its m.o. is to go both deep and wide. The album goes deep in the sense that the guitar becomes the relentless, meditative focus of these songs without words, and it goes wide in that these pieces utilize a discontinuous set of arrangements that make the most out of an extraordinary group of musicians convened for the mission at hand.

Drummer and most simpatico sparring partner Eli Keszler picks up where his brilliant contributions to Grubbs’s 2016 Prismrose left off; trumpeter Nate Wooley defies you to identify his range of sounds as coming from a single player; and Jan St. Werner (Mouse on Mars, Lithops) can hardly contain his joy in transforming the proceedings into electro-prismatic splinters. For his part, Grubbs’s guitar playing has never before so confidently mangled commonsensical distinctions between composed and improvised music.

The album’s opener, “Slylight,” wends its way through a sequence of instrumental combinations in a manner redolent of Gastr del Sol’s Camoufleur. Before the album has concluded with the melancholy country raga of “The C in Certain,” waystations between have assumed the character of sludge-rock power trio (“Creep Mission,” “Return of the Creep”), pointillistic electroacoustic improv (“Jeremiadaic”), and bejeweled nylon-string guitar miniatures (“The Bonapartes of Baltimore,” “Jack Dracula in a Bar”).

David Grubbs’s solo albums often have a “the band has left the building” quality of dramatic left turns in the final act; on Creep Mission, peripatetic playing is basic strategy.

Concerts booking requests can be sent to : marie@julietippex.com