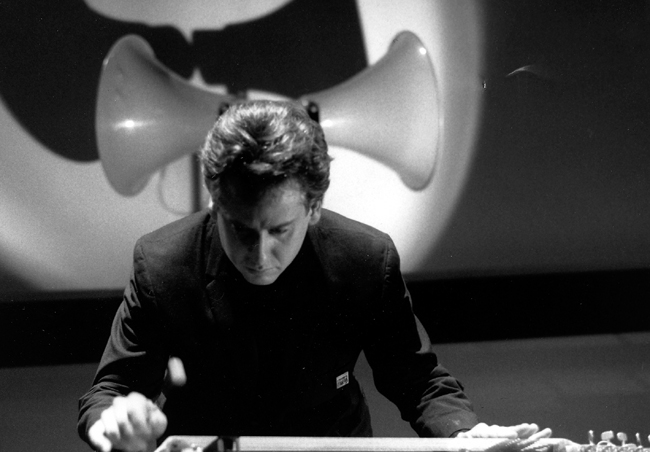 At the occasion of his exclusive show at BBmix festival near Paris this Friday 24th November, Arnold Dreyblatt tells us more about his relationship to the city.

“I’ve been living in Europe, based in Berlin and (with periods in Holland, Belgium and Hungary), since 1984 and have been regularly visiting Paris or other parts of France since then.  I first came to Paris in 1983 to visit my old friend Tom Johnson, who had then recently left New York and settled there.  Boulez had a strong clasp on the music scene then, and as we all know, he was not interested in minimalism, to say the least.  During visits in the 80’s I poked around the “Raï” music scene but it wasn’t until 2005 that I was invited finally to perform at the Octopus Festival in Paris with a solo concert.  I was pleasantly surprised at the young informed audience for which I performed, and clearly the scene had become much more international and had loosened the grips of the french academics.  Though I haven’t performed in Paris since then, I’ve come to note the presence of many young musicians and artists from Paris in Berlin. The upcoming concert by “The Orchestra of Excited Strings” is the premier of my ensemble in Paris.  The reissues of my earlier work such as “Propellers in Love” on Super Viaduct, “Nodal Excitation” on Drag City, and “Second Collection” on Black Truffle has created a much wider audience for my music and sets the stage for concerts such as this. I am overjoyed to perform at the BBMix this year!” – Arnold Dreyblatt