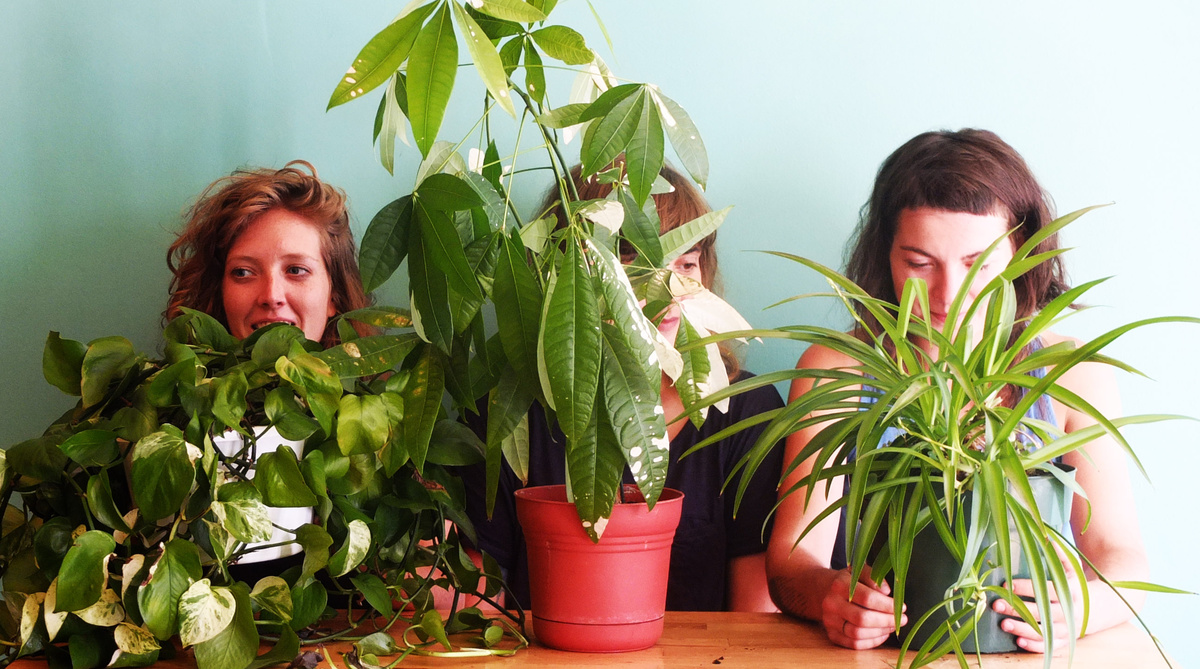 Moss Lime is a Montreal based band, made up of sisters Charlotte Bonamour and Hélène Barbier from Lille, France, their former roommate Caitlin Pinder-Doede from Toronto. They spent the summer 2014 in Parc Petite Italie in Montréal, enjoying food and beverages from Lalime. One day they went to the swimming pool and another day they decided to play music together in a basement with a great dehumidifier.

At the end of the summer, a few days before Charlotte was supposed to move back to France, the group went to record with Peter Woodford (Freelove Fenner) at his and Caitlin Loney’s all-analog home studio, The Bottle Garden, with the intention of producing what they referred to as a “souvenir”, to document their short summer as a band, Fixture Records released the tape EP July First (Bandcamp).

They quickly started getting offers to play shows with local bands and even landed a last-minute spot at this year’s POP Montreal festival. Moss Lime’s melodic minimalism, idiosyncratic vocals, and strong sense of play, as witnessed in this promising first collection of recordings, already shows signs of further experimentation to come, they will release their first LP this year on Telephon Explosion (Bruce Haak, Ty Segall..)

Also recently premiered : “I Always Get What I Want“ (ChartAttacks)