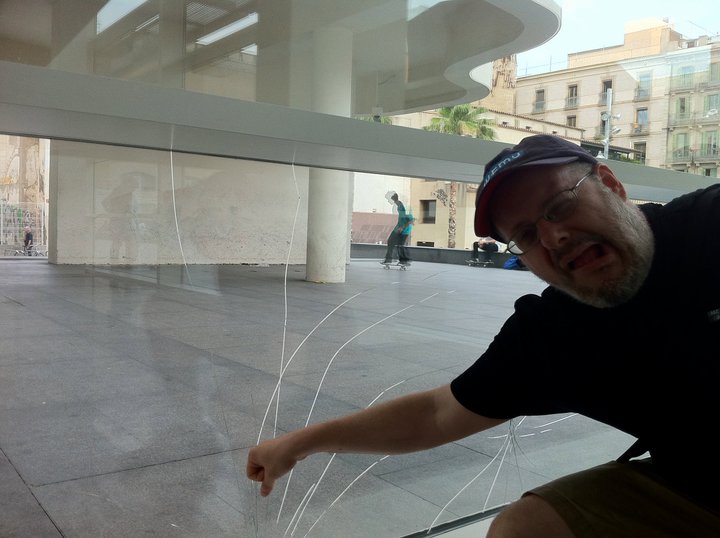 Tippex premiere ! Julie and the gang are very happy and proud to have organized for April 2012 the first European tour of Brian Turner, music director of the radio WFMU. At the occasion of an invitation of Le lieu unique in Nantes, France, for the singular week-end which will happen April 19th-22nd with Charlemagne Palestine, Ghédalia Tazartès, Moondog’s played by Paul Jordan and Stefan Lakatos, Kim Fowley, Brian Turner will also visit Paris, Glasgow, Rotterdam and Charleroi. With an access to the most amazing freeform music library of America (this short video documentary on the WFMU records collection should advise you on who we are dealing with), expect him to play the weirdest and most exciting music in the universe !

Brian Turner has been Music Director at WFMU in New York/New Jersey since 1996, a station that has built massive worldwide acclaim as a purveyor in adventurous programming and being well-ahead of music’s underground and overground curve, with praise from the likes of John Peel, Matt Groening, the WIRE, New York Times and more. Turner’s eclectic tastes and sound vision are well-documented via his weekly radio show which blurs experimental/pop boundaries and takes radio to serious outer realms, and he’s hosted amazing live sessions in studio with everyone from legends like Wire, the Ex, Negative Approach and Circle to newer stalwarts like Purling Hiss, Blues Control, Ice Age, and the Men. Turner’s also curated many festivals for the station, and in his music direction showers the spotlight on an impressive array of sounds from around the world unheard by most. “A forward-thinking motherf***er!” – Julian Cope.