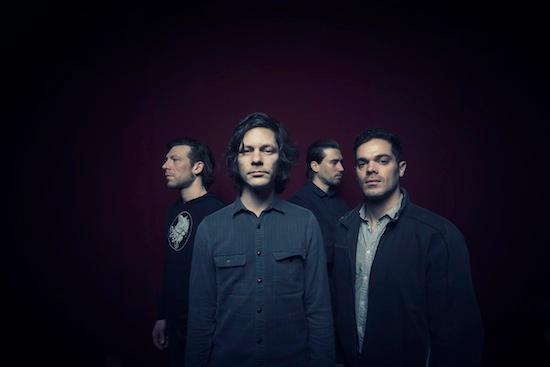 “Post-punk Chicago-based four piece Disappears are set to follow last year’s Pre-Language album with a self-released EP, Kone, on April 16, and we’ve got a first listen of the closer ‘Kone (Edit)’:

The track opens with guitars meshing over distant, ringing feedback. One sends up flares of tremolo, while another planes across the stereoscope, forging a steely drone, massing until a syncopated rhythm kicks in. Frontman Brian Case’s vocals play out as echoed howls over a circular, sparse post-punk core, one which feels like it’s barely keeping a torrent of motorik fury at bay. As the track closes, the dissonant noise rears up again, only this time its a controlled feedback-storm, eventually coming into its own as the other instruments fall out, leaving it hanging there, a quivering, metallic spectre. It’s an incantatory, long-form cut, and one that promises big things from the band’s next album, due later in the year.”

quoted from The Quietus.