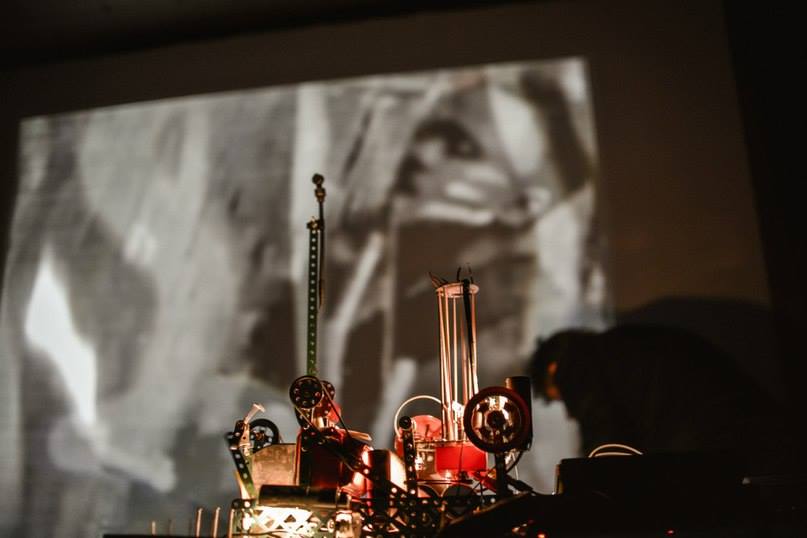 Pierre Bastien’s is a french gentleman born 1953 who builds his own machineries, at the cross between music and visual art, that blends live trumpet sounds with screen projections of on-site, mechanical sound sculptures in a very poetic way. His work is described as “a timeless sounding orchestra, both futuristic and slightly dada, conjuring ancient traditions in its surprisingly sensuous music.”

Bastien has been called a “mad musical scientist with a celebrity following” by The Guardian. Collaborating in the past with filmmaker Pierrick Sorin, fashion designer Issey Miyake, singer and composer Robert Wyatt and Aphex Twin (who released three of his albums on his label Rephlex) to name a few, he is one of the most influential experimental musicians working in the field. In 1986 he formed his own self made one man orchestra, Mecanium and made over 20 records over the years.

We’re really proud, at Julie Tippex, to now collaborate with him for his live performances, installations and DJ sets on traditional instruments (video)